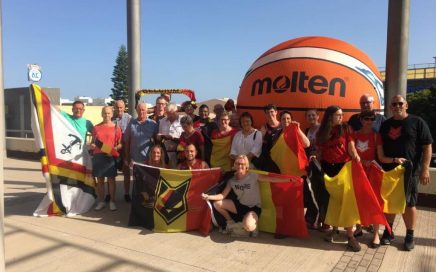 Tenerife Worldcup 2018: the birth of our association (vzw). Despite the distance, over 300 cats fans where present in Tenerife to witness the miracle that is this team. A bunch of individuals unified to scream and support our team into the top 4. At the final game against Spain the fans sat too dispersed, which however did not stop us to make our presence known, though the idea surfaced to unify all Cats fans for future games.

This way we get the possibility to buy tickets for bigger groups. And so we can stand as a united front at each and every game to support our Belgian Cats.

"#daretobelieve" is more than just a slogan, it's a "way of life".